Situated between Ocean City and Avalon, New Jersey lies the barrier island in the popular South Jersey shore area known today as Sea Isle City. The land was originally purchased by Joseph Ludlam in 1692. Joseph named both the land and bay after himself- Ludlam Island and Ludlam Bay, respectively. The island is positioned between the Atlantic Ocean and Ludlam Bay. In 1880, a developer named Charles K. Landis purchased Ludlam Island and founded the City of Sea Isle in 1882. Charles named the main street that runs throughout the entire town after himself, and today it still remains Landis Avenue.

In the center of Sea Isle is an iconic commercial lot on the corner of JFK Boulevard and Landis Avenue. It is considered the heart of town and has a history of its own. It was first Hotel de Bellevue and later expanded to include the hotel with an added bar and restaurant. It was sold in 1896 and renamed, Mrs. Fritz Cronecker’s Hotel Bellevue, after the new owner. Always referred to as just “Cronecker’s”, it was a thriving business and was in operation until about 1965. In 1972, LaCosta Lounge opened under new owners on the lot as a bar & night club, pizza joint, and motel until 2020.

Sea Isle City has always been a beacon for visionaries, developers, residents, and vacationers, alike. That tradition continues today as developer and visionary Christopher Glancey purchased the land and corner property and has already begun to transform and beautify the lot. The new businesses on-site are Ludlam Bar & Grill, Ludlam Hotel, a brand new, scratch bakery named Shorebreak Cafe, and Shorebreak Realty. Development of the corner is in the second phase of three phases, with more exciting plans that will unfold in the next few years.Shorebreak Realty is a full-service real estate firm that can assist you with buying, selling, weekly rentals, mini-week rentals, summer rentals, and development. Stop in the convenient location any day of the week so we can guide you through your real estate needs!

Rental properties throughout Sea Isle run from Saturday to Saturday on a weekly basis from May through September. ‘Mini-week’ rentals in Townsends Inlet allow check in any day of the week and run all year round. Let’s plan your next vacation!

Interested in selling your property? Talk to an agent from Shorebreak Realty today for the most up to date and honest insight about your home. 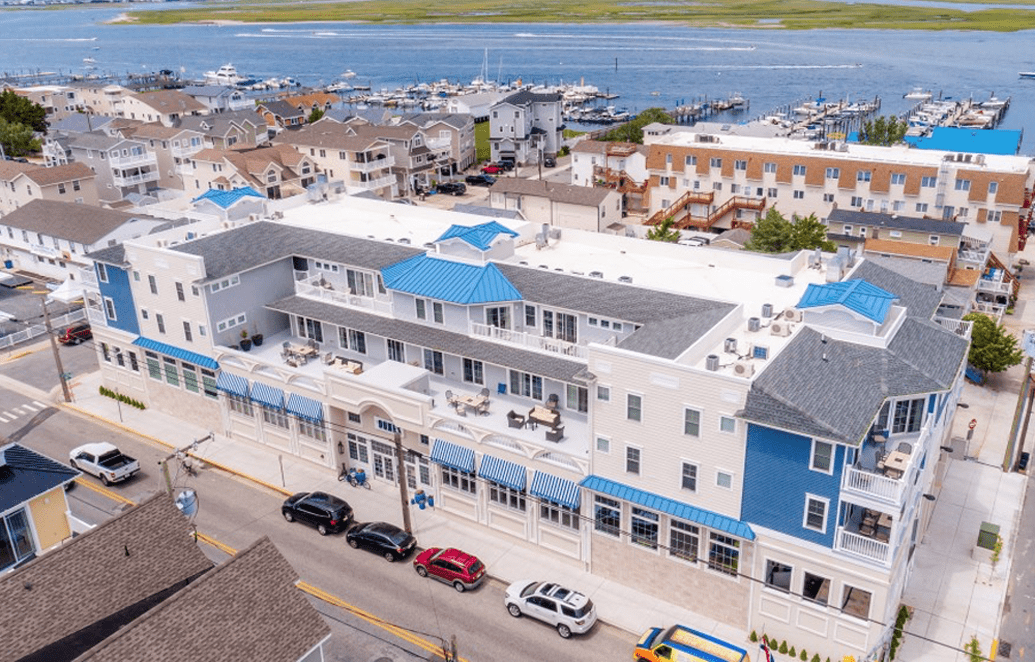